[all images via getty]

The transfer window is over. For some, it’s the best part of the football calendar. For others, the worst. Unless you’re an Arsenal fan this summer, then it’s somewhere unpleasantly inbetween.

Going into this season Arsenal fans in particular had their expectations laid out in front of them. It was clear what the club needed, and the club seemed to be on the same hymn sheet as the supporters at the beginning. However, recent injury crises in the midfield area changed what seemed to be a secure and safe plan from the board’s perspective. 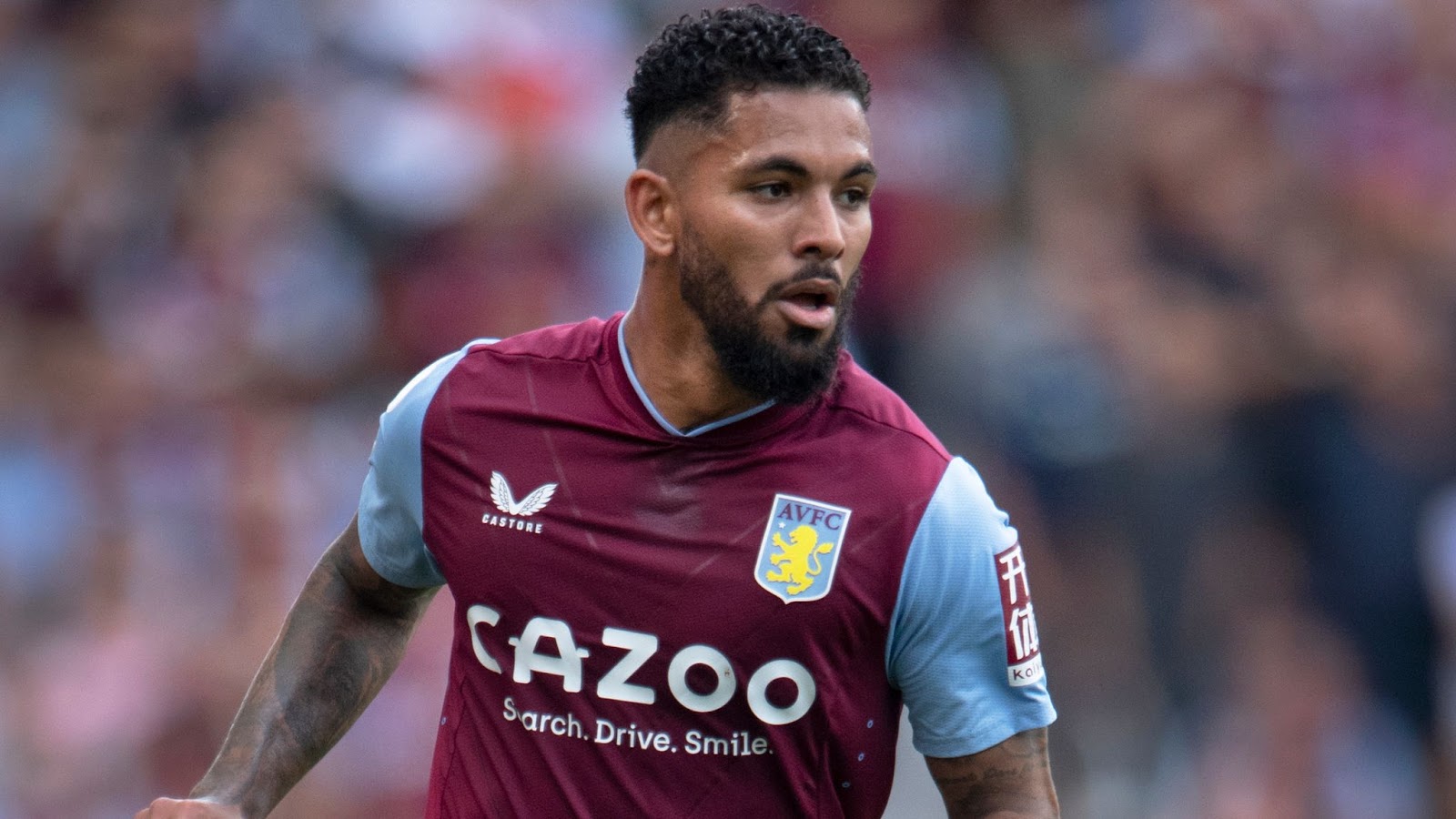 In short, the board failed to bring in midfield reinforcement. There was a late chase for Aston Villa’s Douglas Luiz, however that never materialised, with the Birmingham club staying firm on their stance of not wanting to let him go despite having a year left of his contract. That meant that despite sacrificing the crucial winger signing so many Arsenal fans thought they would sign, to the point where people like me were writing articles on certain rumours, the Gunners still failed to get their man with their strategy of putting all financial eggs in one basket.

It seems like negligence. We know Thomas Partey isn’t the most reliable in terms of fitness, with his peak appearances for Arsenal in a league season being a measly 24, as well as already being injured for our last two matches for Fulham and Villa, and our upcoming match vs Manchester United. We also now know that Mohamed Elneny will be facing months on the sideline, something the club seemed to be aware of on deadline day, as reports emerged that we would only advance for a midfielder depending on the arrival of the Egyptian. 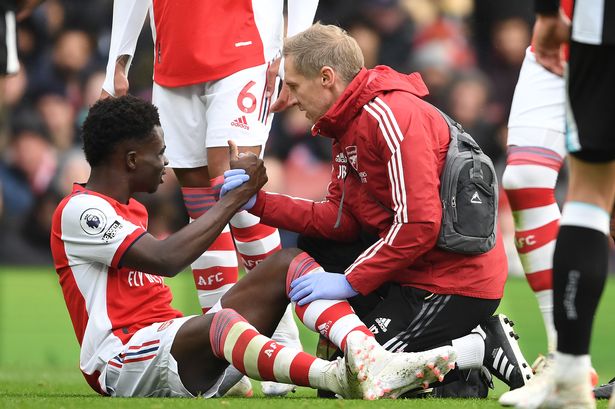 Missing out on a winger may prove costly. Bukayo was one of seven players to play every match in the Premier League last season. Of those seven, four of them were goalkeepers. Of the remaining three, he was the only forward. His minutes need to be managed at such a young age, and our failure to provide adequate competition, in a season where he may play matches in the World Cup, could prove to be a travesty.

Lots of questions are floating around the Arsenal internet space currently, with anger, frustration, fear and acceptance being the main four emotions felt in the fanbase currently. As an Arsenal fan who teeters on the boundary of positive and negative quite often, I’ve sat down and thought about some of these questions, and will provide my answers and views on them here.

Is there success to be found in this window? 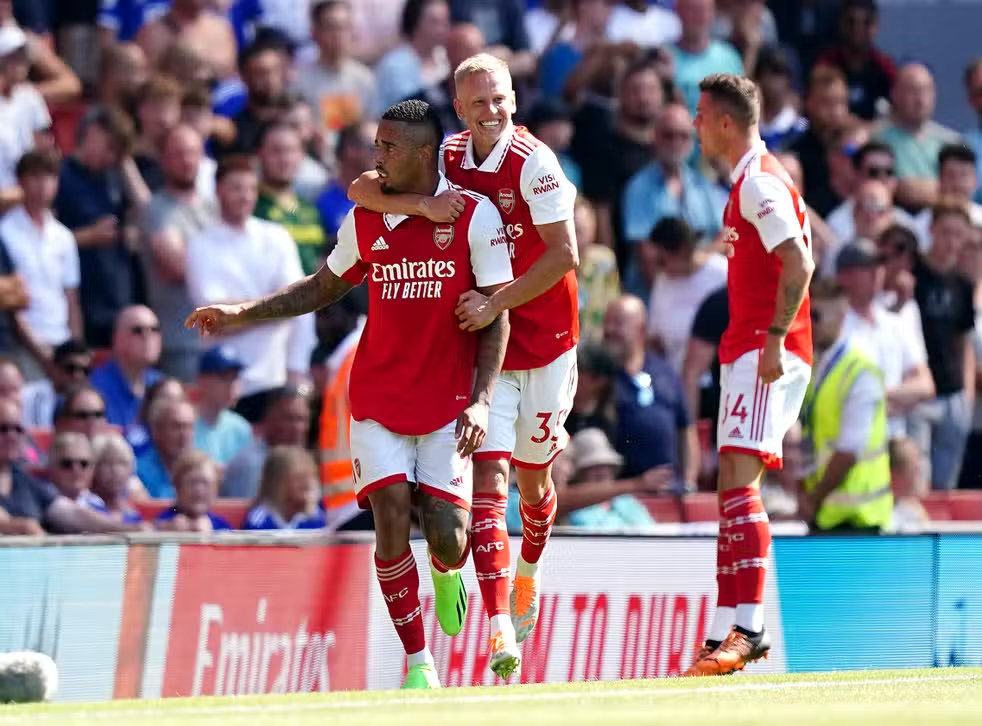 Gabriel Jesus is arguably the signing of the summer. He has 6 goal contributions already in 5 matches, and has impressed outside of numbers as well, His pressing, dribbling, link up and craftiness has proven to be a handful for Premier League opposition so far, and has elevated the level of the players around him, such as Martinelli, Saka and Odegaard. I couldn’t speak more highly of him, and he’s easily one of the most impactful signings I’ve seen the club make in a very long time.

Zinchenko has improved the technical level of the team tenfold through his presence alone, and has created a good partnership with Martinelli on the left hand side. His ability to tuck into the midfield, as well as to take up wide positions, is a useful tool that Arteta has at his disposal. His IQ off the ball is just as incredible as it is on it, and has played a big part in keeping our defensive shape in order. His chant is good, too.

Fabio Vieira seems a shrewd pickup, even though he’s yet to play, and can provide depth in midfield and wide positions for Arsenal in certain instances, whether that may be now or in the near future. A player like him is a good profile to have on standby and many fans like me believe he can develop into a useful weapon for the Gunners, through his willingness to take opportunities by the scruff of the neck, something his midfield compatriot Martin Odegaard has been criticised of in previous seasons.

Did the club mess up with their decisions late in the window? 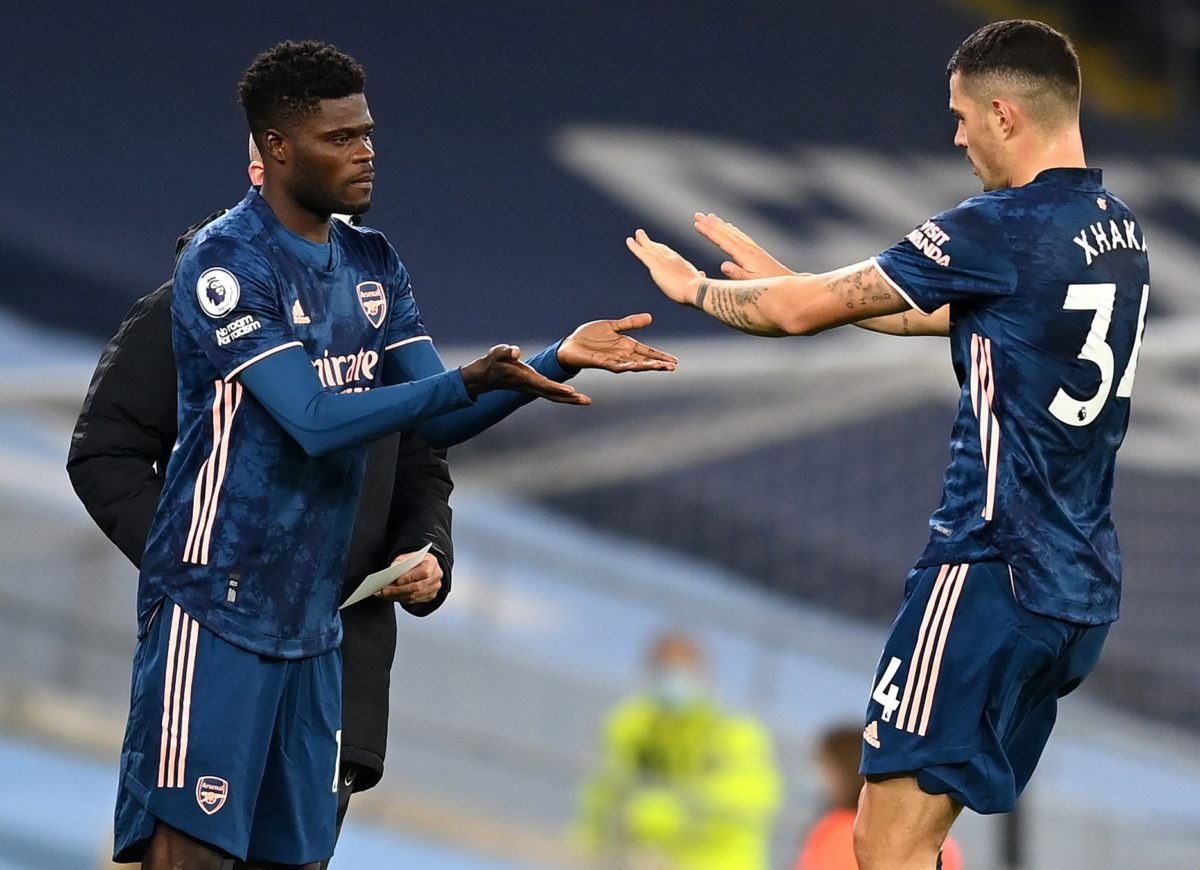 Yes. The club messed up on a more complex front than this. It was imperative for Arsenal to get a midfielder. It was imperative for Arsenal to get a winger. I don’t believe the decision to choose between one or the other seemed a very good choice, considering the fact that we signed Fabio Vieira, who, as talented as he may look, definitely wasn’t very high on the list of priorities during the window, and the funds for that transfer could’ve been applied elsewhere.

The decision to not originally target a midfielder is ludicrous. Arsenal suffered from reasonably lengthy absences from both Granit Xhaka and Thomas Partey last summer, who are key cogs in the squad. Those absences cost us in important moments of the season, especially at the business end where Elneny stepped in, and whilst being a good servant for the club in recent times, didn’t have the progressive capabilities to play there on a long term basis. To then decide that no midfield reinforcement was necessary, especially considering the increased fixture list, is inherently neglectful.

That decision looked worse when it was reported that a wide player was sacrificed for our late window dash at Douglas Luiz, which failed, and our pursuit of Pedro Neto seemed dead in the water. To get only one seemed underwhelming. To get neither is, once again, neglectful, and an attempt to ride luck we never seem to have. Just a combination of poor planning and arrogance all round.

So we missed out on two important targets. We’re probably going to crash and burn and finish mid table, right? 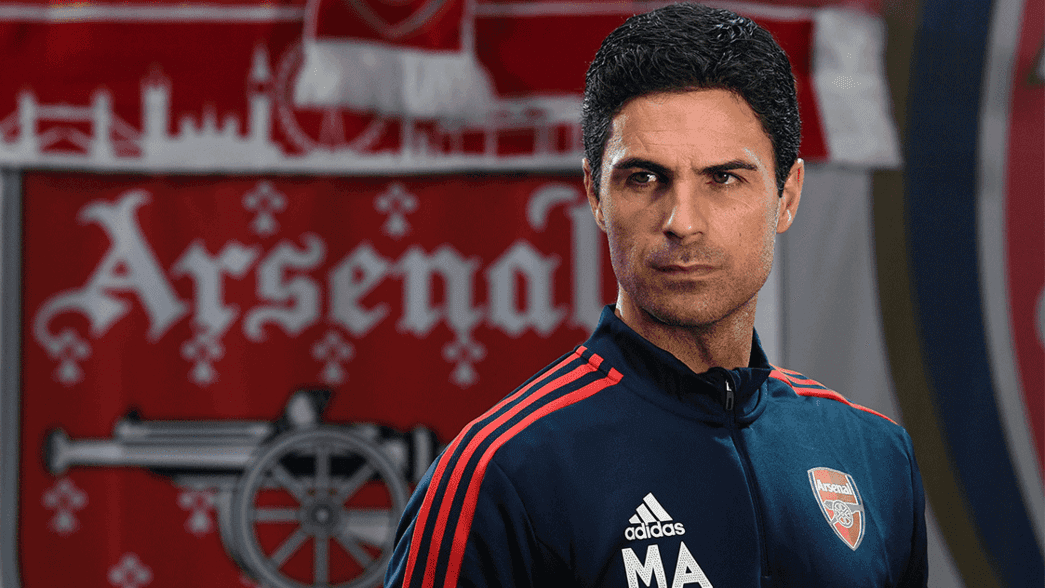 Probably not. By virtue of our city rivals Chelsea and Tottenham Hotspur having seemingly average transfer windows in comparison to their expectation, we still have pretty good chances to finish in the top 4. Our fixture list until the World Cup is mostly favourable, with arguably the three hardest teams in the league, Tottenham, Liverpool, and Man City, at home, and very few streaks of tough away trips until then. By the conclusion of the World Cup, it won’t be long before the January window opens, where we could try again for Danilo or pursue a wide option that may not have been previously possible.

The operative word is “probably”. There is no guarantee, and a top 4 or even top 3 spot may have looked guaranteed had we signed these players. We are still very much in the mix thanks to the arriving Man City duo, but have not only made it more difficult for ourselves, we passed an opportunity to create a gap between ourselves and our London adversaries, which is far too Arsenal for me.

Have we learned anything useful about the club’s transfer approach through this summer? 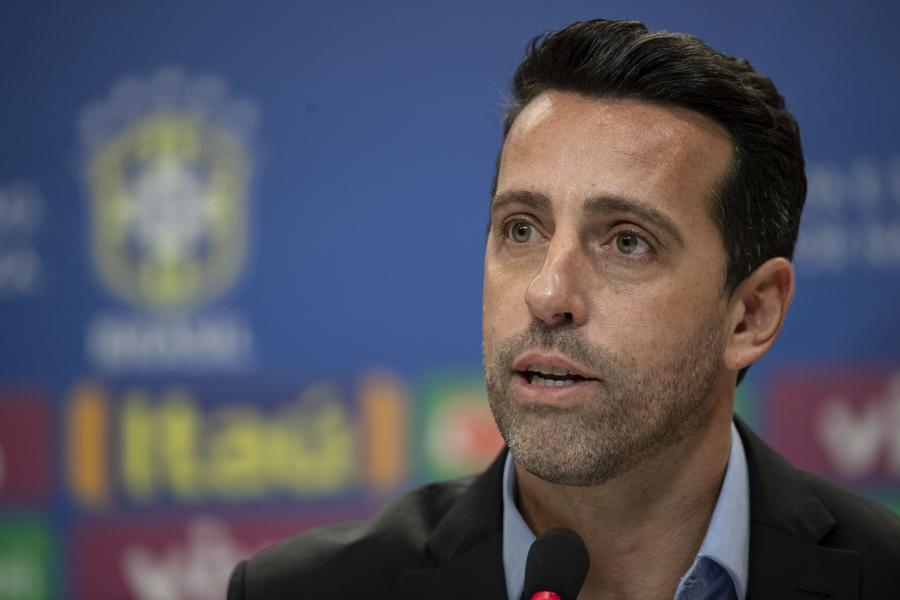 Yes, positive and negative. Positively, the club seem to do their research extensively on what the club needs, and there is a consistent logic behind why they sign who they sign. Zinchenko and Lisandro Martinez are similar profiles when deployed in a progressive fullback role, and Raphinha shares Pedro Neto’s versatility to play both sides effectively, and fall under the category of left-footed Premier League wide players. You can predict and understand the transfers Arsenal will attempt to make, which shows signs of very accurate scouting and use of data analytics, something that lacked heavily during the latter year of Wenger’s reign.

Negatively, we also know that the club is very cautious about its spending, so much so that they’re willing to sacrifice an immediate pressing need in order to preserve a clear plan we seem to have. Whilst that may seem reasonable on paper, the neglect of the short term does in fact affect the long term. Failure to fill two key positions could cost us our targets this season, and put our “project” to a halt. With three and a half seasons completed by next summer for Mikel Arteta, being unable to qualify for the Champions League would prove to be near indefensible and could cost him his job, as well as derailing any sort of long term vision the club had with him in mind.

With all this in mind, how does the window fare overall? 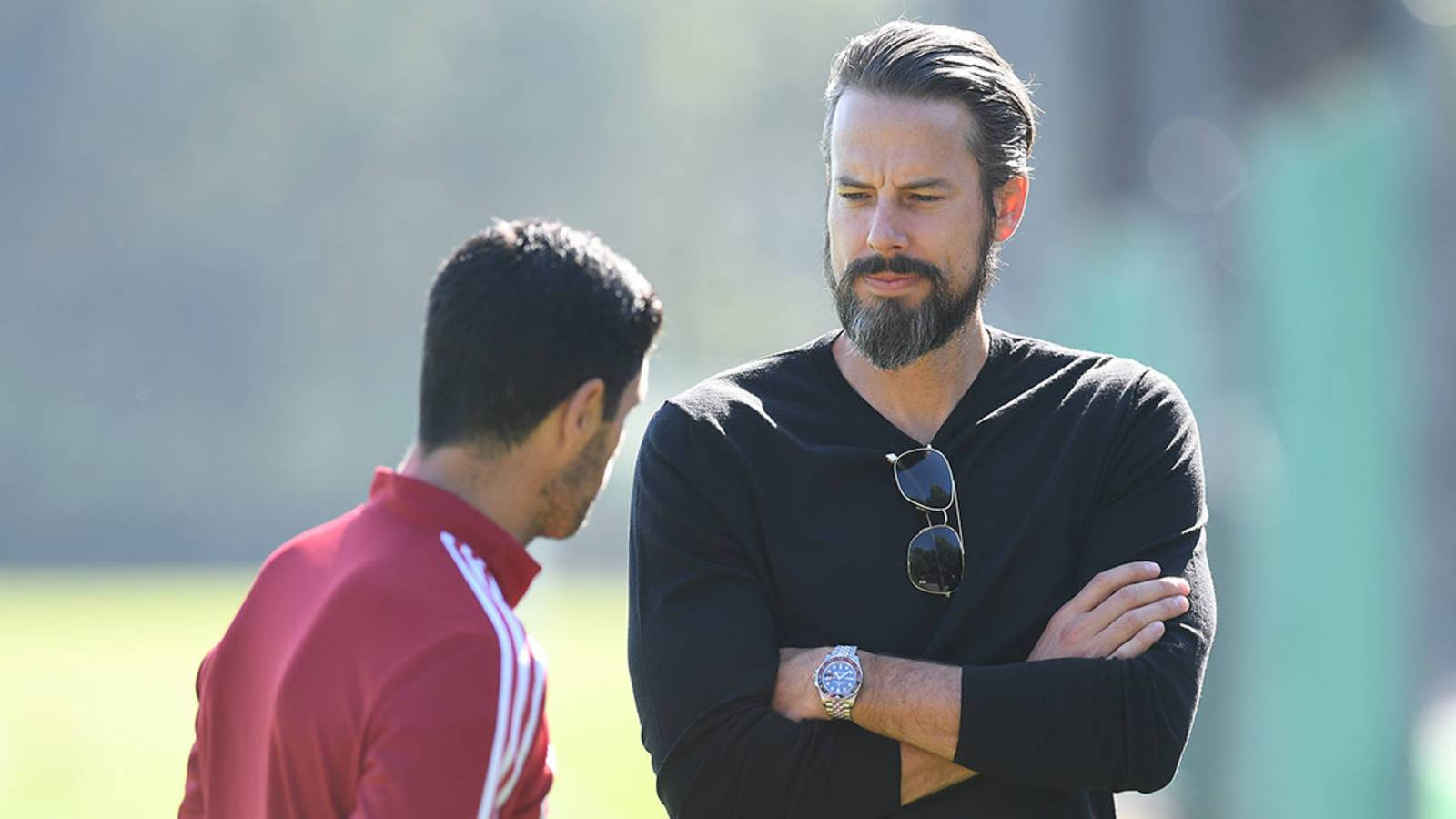 Meh. That’s the easiest way to explain it. The window isn’t terrible, and we’ve probably made some of the best transfers in recent Arsenal history this summer. It’s underwhelming above all, with the excitement of signing players like Raphinha and Tielemans, to not end up with alternatives in their position, is shameful.

I think we can still have a good season, but we could’ve had more than a good season going that extra mile. It’s annoying and frustrating, and seems like a waste of an opportunity. The window for me is a 6/10, pretty average at best. It leaves us with more questions than answers on what we spent the last month doing in the market, and leaves question marks over what could happen to the team within the coming months.

We’ll only have to wait and see, which can turn out to be the best, and worst, situations in football.